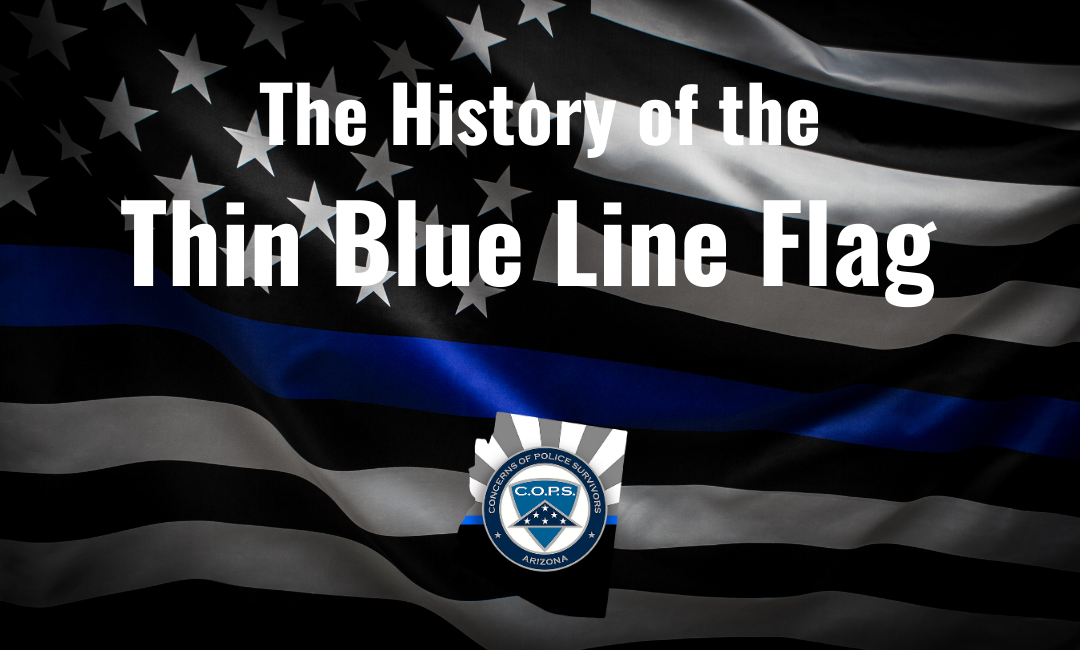 The term “thin blue line” represents the concept of our police as the frontline keeping society from descending into violence and chaos. If you or someone you love is a police officer, then you understand this sentiment all too well.

If you’ve ever seen a flag with a field of black background separated by a blue line in the middle, you might have been curious about what it represents and where it originated. Understanding the history of the thin blue line flag can be helpful to understanding how much this symbol means to police officers who put their lives on the line every day.

The phrase “thin blue line” was actually borrowed from the British infantry. The Brits referred to a small regiment of Scottish Highlanders who successfully held off a Russian cavalry charge as the “thin red line” during the Crimean War all the way back in 1854. Their infantry wore red coats, hence the phrase “thin red line” as the front line of protection during the battle.

The phrase “thin blue line” was first borrowed by the United States when our troops marched into battle wearing blue uniforms. The phrase appeared in a poem by Nels Dickman Anderson in 1911. One stanza reads:

“The thin blue line that fights for right,
That never bends the knee to might,
Has ever since it knew God’s light
Fought dark Oppression in his lair,
Abd routed wrong from valleys fair,
Sweet Peace and Plenty leaving there.”

While traditionally the thin blue line flag is a simple black flag with a blue line, sometimes a national flag or state flag is used instead. In the United States, some organizations use a monochrome American flag and replace one of the white stripes with blue. Similarly, the British Union Jack sometimes appears in grayscale with a thin blue line down the middle.

While there has been historic misuse or misrepresentation of the thin blue line flag for alternative purposes, its intended purpose is very simple: solidarity and respect for police officers. It is displayed to share encouragement and gratitude for the men and women who dedicate their lives to keeping the public safe. It is also displayed to honor the lives lost in the line of duty.

When you display a thin blue line flag, you send a message to law enforcement personnel that you appreciate them and support them.

C.O.P.S. Arizona is dedicated to rebuilding shattered lives of survivors and co-workers affected by line of duty deaths. We offer programs and scholarships for survivors in our local Arizona chapter. For more information, visit https://www.copsarizona.org/.